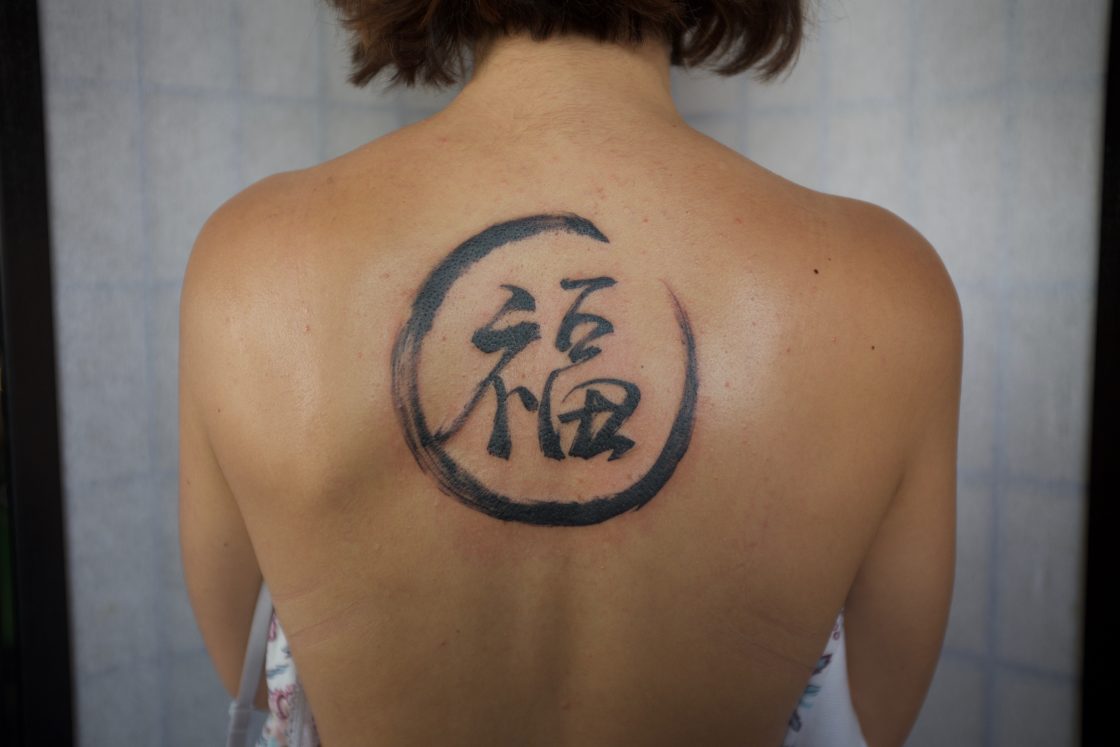 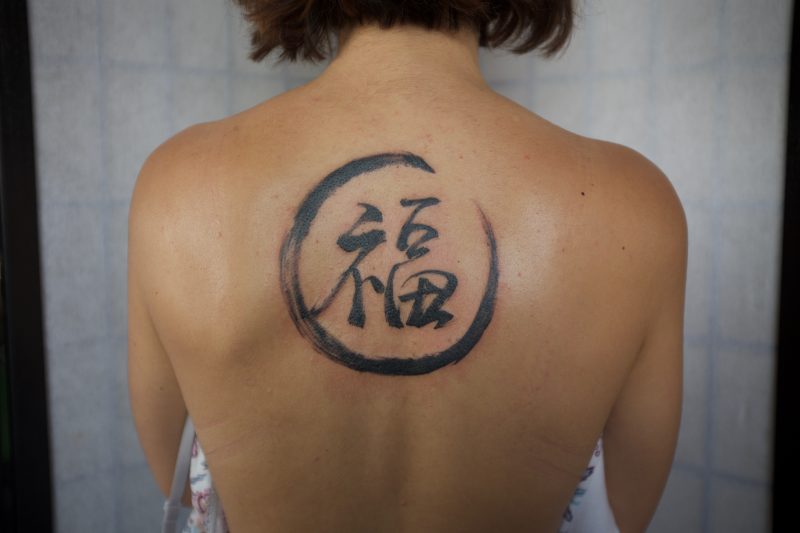 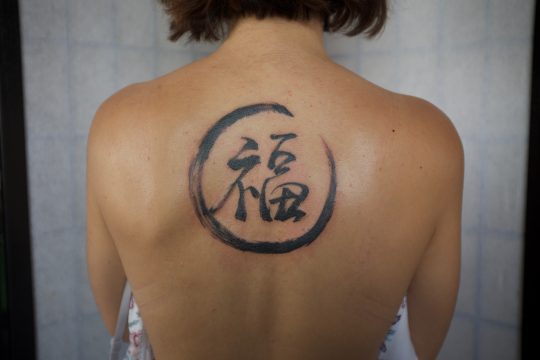 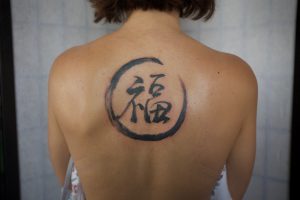 Next to her green hair, Heavily tattooed body, Metal attitude, Middle finger in the air… A thing you may have not known about Zhuo Dan Ting was that she is an expert at Chinese Calligraphy. Being featured in ART WORLD 艺术世界  showing off and talking about tattoos and her fantastic calligraphy skills. From liking the darker side of art such as  human eating Maggots, demonic babies, dancing penises to monstrous killer snails pulverising  cities… who would have ever guessed! An elegant, beautiful Chinese calligraphy expert.

Zhuo Dan Ting had started studying the art of Chinese Calligraphy in Middle School where she developed her own style, being a one of a kind style, a style that is as beautiful as it is unique. Now bringing her calligraphy expertise to the tattoo world. Saving you from those plain, boring, mediocre computer font style characters that we see all too often.

So, Next time you would like to get some Chinese characters tattooed on you,  We would hope you consider coming on down to Shanghai Tattoo for some one of a kind Chinese calligraphy hand brushed by the lady herself Zhuo Dan Ting.

Shanghai Tattoo is running a deal right now with characters 15cm or larger, Ask us for further details!! 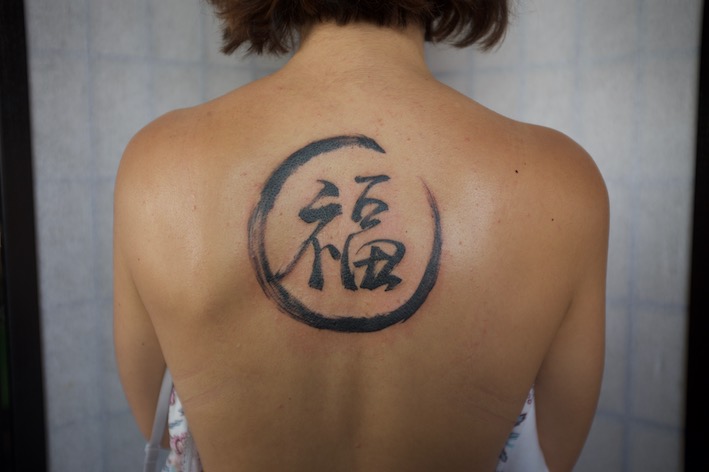 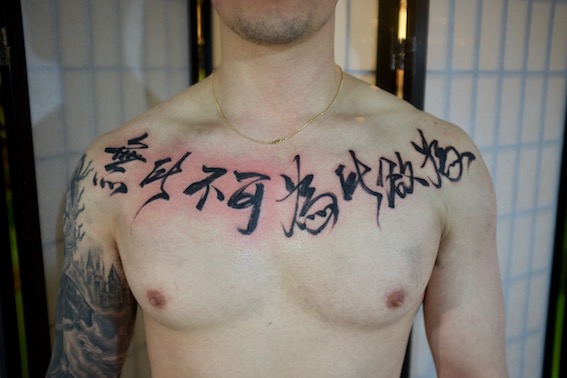 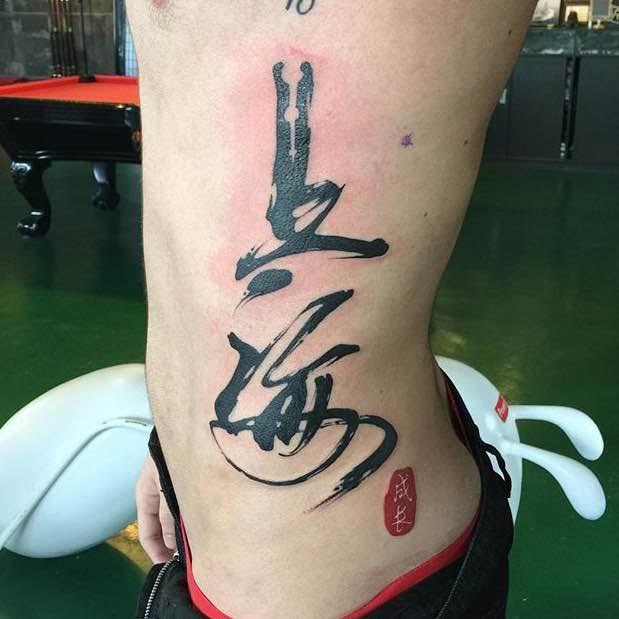 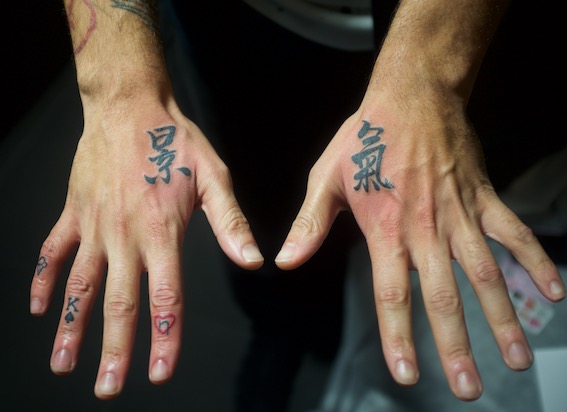 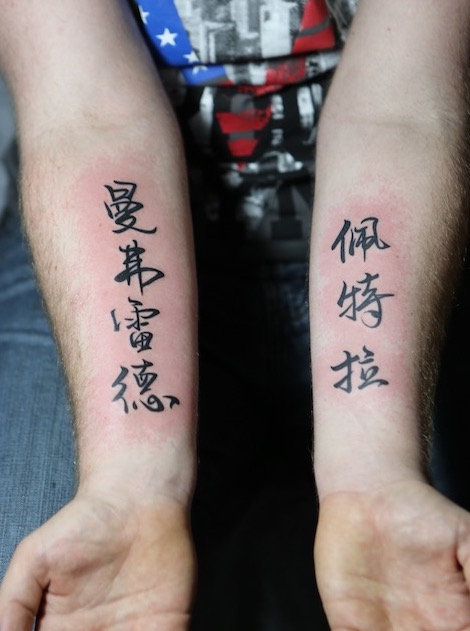 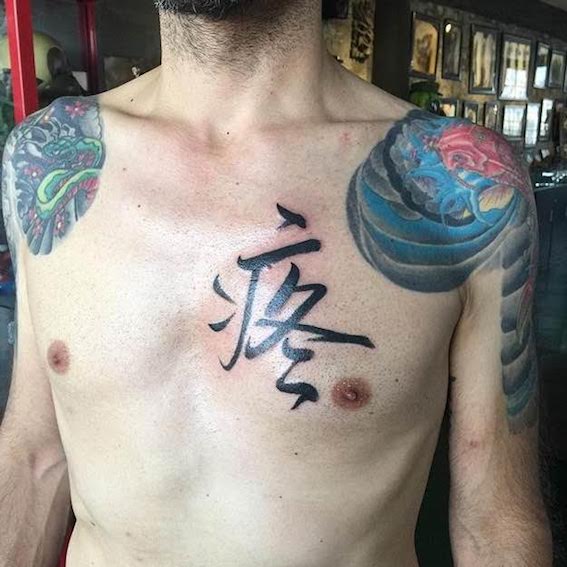 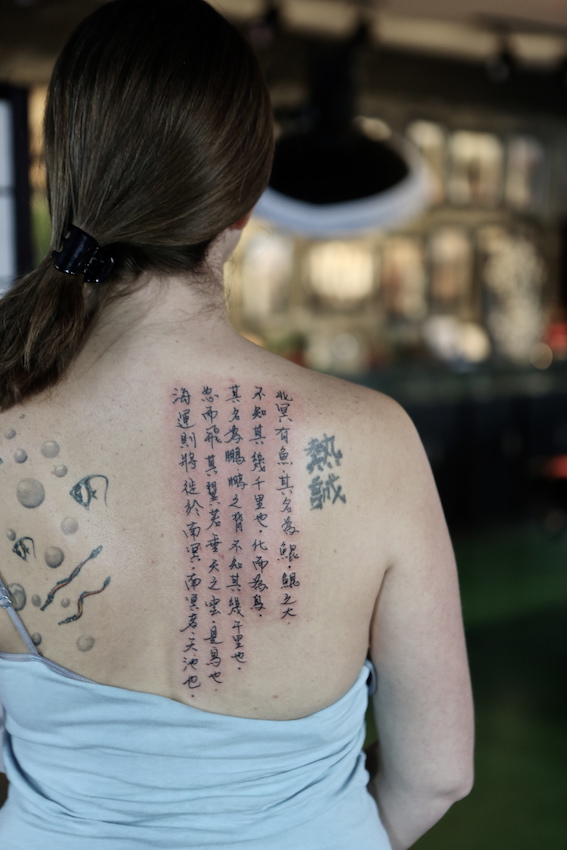 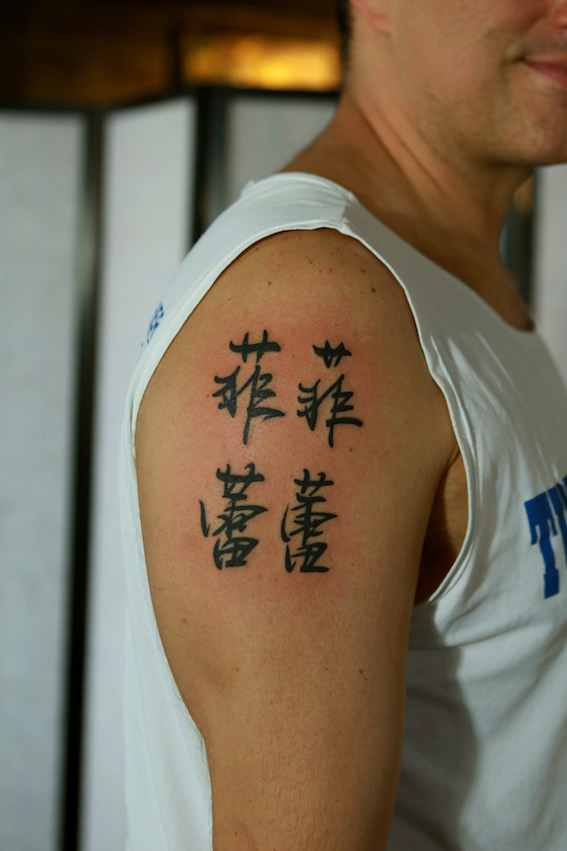 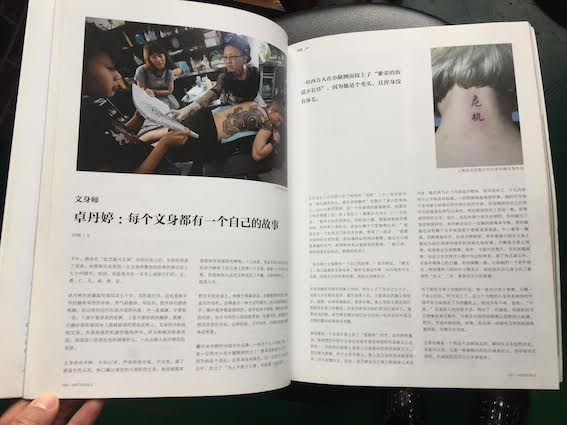 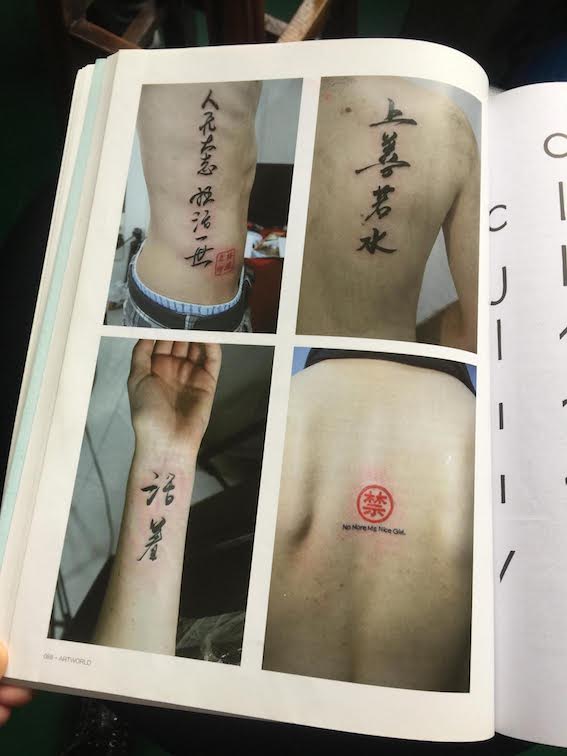 Fallow Shanghai Tattoo and Zhuo Dan Ting on some of our social networking site’s including Facebook and Instagram to keep up to date on our everyday tattoo news. Cheers!!